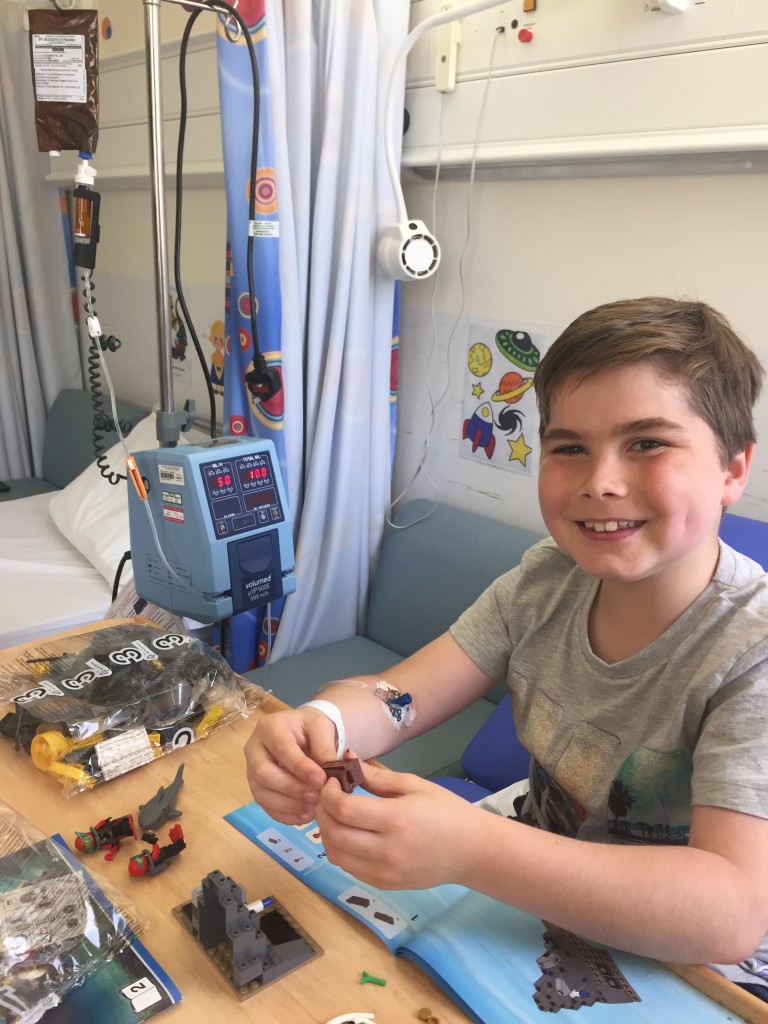 It’s been a while since I last wrote a blog, there’s lots been going on so I thought now would be a good time to update our supporters on what’s been happening.

The summer has been mental, we’ve been busy running several fundraising events mainly cycling events and I even signed up to our London to Paris Cycle Ride in early July, it mean’t I had to fit in lots of training mainly on my own which to be fair was incredibly therapeutic riding on open roads through the countryside gives you lots of space and time to think. Duchenne gives you lots to think about. Not one to want my son’s condition to take over my life, it can be a difficult balancing act especially when you run a charity. Having to tell people time and time again and what Duchenne and how awful the condition is leaves you feeling drained at times. It can also be incredibly uplifting to share your angst and incredibly humbling to know that so many people are behind you every step of the way.

So I completed the 277 mile bike in July despite lots of chuntering along the way. Endurance is generally not my thing, I would much sooner do exercise in short bursts to get it over with, but cycling for nine hours pretty much continuously and in the rain and wind it’s pretty testing especially having to do this 3 days on a trot. But I did! I have my co-partner Zoe Edwards to thank for that, keeping me entertained with her singing and positiveness, bless her I owe her a lot. It’s all been worth it, from our bike rides this year we raised over £50,000 from the Charnwood Forest Cycle, our London to Paris Cycle Ride and the Prudential Ride London and I’m incredibly grateful for all the support our Wish Warriors has given us. I now know the hard work, dedication with training and raising funds is challenging. So thank you to everyone single person who has supported our journey this year and raising such an amazing amount of money.

What an absolutely star Alex is, he’s been taking part in a clinical trial in Newcastle it started in the Summer last year and we’ve been going up there every 4 weeks.  The trial is to look to see whether a new drug will help build muscle which in turn could make boys stronger.  It means lots of travelling, injections, blood tests, MRI scans, bone scans, heart check-ups and lots of prodding about, but Alex seems to be taking it all in his stride. The time we have together is great Alex really opens up when we’re on our own. He’s 10 now, and growing up every day.  He understands a lot more about his condition now and knows that it might never get any better. In fact, he knows it will keep getting worse unless new treatments come about. We’ve had tears and also lots of fun in equal measures – a healthy balance and I would always encourage Alex to talk and get things off his chest.

Alex also knows that the trial might help him and other boys and I know secretly he feels very proud that he is doing his bit to help others. On the upside he gets to take a day or two off school a month to take part in the trial and has made a fabulous new friend who is also on the trial. We make it fun, go to the cinema, out for dinner, a new toy once a month. It’s not a chore for him.  Let’s hope the drug works, but if not at least Alex is being seen by the experts every single month and that’s special, most boys at best are seen every 6-9 months and you can see how proactively managing the condition can pay huge dividends.

Alex appears on the tele

We are very proud to be a Charity Partner with Duchenne UK, a fabulous charity run by Emily and Alex, who are the most driven individuals I have ever met! Both have sons with Duchenne. Both are driven to bring about new treatments for our boys and everyone else. They work their socks off to make sure this happens. They are amazing individuals and together have raised millions in their search for treatments.

Emily approached me earlier in the year, and asked whether Alex would like to star in their film World’s Strongest Boys. It would mean a whole day out in London to do the filming. Alex jumped at the chance! Who would not want to be a move star for the day. So the day came, and off we went to the Olympic Park in London to meet with filming crew. Well honestly Alex had a team of people around him and he has the best day! I was so excited to see the final edit and when I did – my heart stopped. It is very hard hitting but gets across the point that our boys are incredibly strong with everything they have to put up with. Don’t forget boys with Duchenne know they will have a short life, they know they are going to get worse and won’t be able to do the things everyone else can do. This is a big deal to live with, let alone at such a young age.

So the short film appeared live on TV during the Paralympic games over the Summer. I am so proud of Alex and how he takes all of this in his stride.

We are thrilled to announce that because we have raised so much money this year, we have been able to offer a grant of £50,000 to Solid-GT to support their gene therapy development program in the quest to find treatments. Kerry Rosenfeld, lead of Solid Patient Advocacy in Europe spoke about the project saying, “Solid-GT is proud to establish meaningful and impactful relationships with Duchenne muscular dystrophy charities, including Alex’s Wish, to accelerate the progress of as many of our programs as possible.  We believe this work will bring us closer to finding effective treatments for this devastating disease.  ”

Gene therapy is a therapeutic approach that has the potential to significantly slow or even halt the progression of Duchenne muscular dystrophy by delivering a shortened version of the dystrophin protein, which is missing in those affected with this horrible disease, throughout the body.

At our latest appointment in Newcastle, we had the news that Alex’s hip is showing further signs of weakness. To be expected and inline with the disease progression. But still, not something you want to hear. What will this mean. Well it means that climbing stairs is getting harder for Alex. It means that he will most likely have to take even more steriods to counter balance the effects and keep things stable for a little while. More steriods – likely chance of weight gain. Not good when Alex’s blood pressure is teetering on high. But it is what it is and we have to manage it. Anything to keep Alex stable for a while longer is a must for me!

Do you know what though, Alex has been walking home from school with his friends. I never thought this would happen. Image that, never thinking that your child with have the freedom to walk home from school. But when you have a child with Duchenne, you can’t take these things for granted. He loves popping into the sweet shop on his way home and playing in the park. I am so grateful he’s experiencing this and hope it will continue for some time. But with his hip decline, we must be careful he’s not doing too much. It’s always a balancing act.

I continue to be amazed by the support we get we from our supporters. They make life easier to know we have so much support behind us. We’ve had several local businesses choose us as Charity of the Year, and a few major donations. The Forever Hope Foundation donated £10,000 and the Star Trust Foundation at their recent Happy Diamonds event raised £12,450. We are touched almost daily with the kindness we receive, there are so many charities to choose from so when we do get support we are eternally grateful. So on this final note from me, I would like to thank all of our wonderful Wish Warriors for sharing our journey.