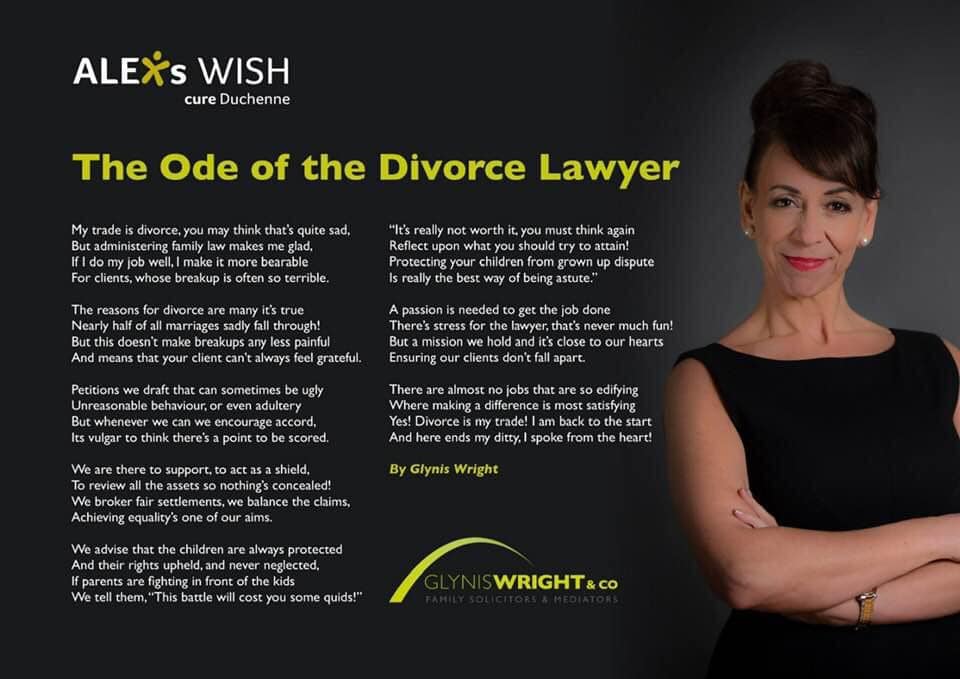 Unprecedented support from our trustees

Despite the unprecedented events of the last two months businesses are still more than happy to help charities close to their heart wherever they can.  We have been literally blown away by some of the ideas and conversations that I’ve had over the last few weeks.  It has made me realise and appreciate just how lucky we are as a charity to have the supporters, volunteers, Trustees and Ambassadors that we do. Without them the last couple of months would have been unbearable and our work, which is so time dependent, would have had to stop.

“As an example, during our April Trustees Meeting one of our Trustees, Janine Edwards of Janine Edwards Wealth Management, offered to sponsor the cost of our next month’s wages for my two colleagues, Zoe and Heidi. This will enable all of us to continue to work for Alex’s Wish during May and to continue to build our fundraising efforts so that we can continue to invest into promising clinical trials with a view to finding treatments and, ultimately, a cure for Duchenne Muscular Dystrophy; an otherwise life limiting condition.”

Speaking about the sponsorship Janine added, “Emma does a fantastic job of keeping the heart beating within this fabulous charity.  However, Emma would be the first to say that the success of the charity is down to the phenomenal support received from local businesses and from her wonderful colleagues, Zoe and Heidi, who help her with all of the administrative and back office support as well as developing new ways for the charity to engage and fund raise in our communities.

“At our virtual Trustee Meeting Emma spoke passionately about continuing to find new ways to raise funds and prepare to ‘hit the ground running’ once this current situation eases but she was struggling to do this without her team, who had been furloughed, behind her.  To show our continued dedication and support to Alex’s Wish and Emma, Janine Edwards Wealth Management agreed to sponsor the next months’ wages meaning that Zoe and Heidi could return to active duties with immediate effect!  I’m delighted to have been able to help out and look forward to hearing what they’ve all been planning when next we meet.”

Meanwhile fellow Trustees Glynis Wright of Glynis Wright & Co Family Solicitors & Mediators and Sally Barnett of 2 New Street Chambers took part in the 2.6 Challenge.  Speaking about the Challenge Glynis said, “Being actively involved with Alex’s Wish when Emma mentioned the 2.6 Challenge and what her family were doing to raise funds for Alex’s Wish I thought it would be a great idea to get the whole of my company involved and doing something positive during these testing times.  Each member of my team took part and completed their own challenge by doing something 26, 250 or 2,600 times!   Some of the ideas were brilliant and included 26 days of yoyo tricks, 2,600 squats in 26 days, making chapattis 26 times through to writing a poem about being a divorce lawyer in 260 words!  I want to thank my team for their inventiveness and spirit in taking part and am delighted to announce that we’ve raised £2,000 for Alex’s Wish! This was in addition to the previous £10.5K raised through my presidency of The Leicestershire Law Society.”

Added Sally, “Spurred on by both Emma and Glynis my son, George, and I took part in the 2.6 Challenge.  Our Challenge was to throw and catch eggs 260 times… the only sticking point is that some were hard boiled whilst others were raw.  This was all done whilst we were in fancy dress – of course!  We raised nearly £600 for Alex’s Wish and would like to say a huge ‘thank you’ to our friends, family and co-workers for their generous support. I may be avoiding eggs for the foreseeable future!”

Emma also involved her family too. “The 2.6 Challenge saw my son Alex, after whom the charity is named, making a 26 layer cake and my daughter, Isla, cartwheeling 26 times around our garden!  We had so much fun creating the ideas and supporting each other as we did them and I want to say how grateful we are to everyone who did a 2.6 Challenge for us or who gave us ideas, inspiration, a donation – no matter how large or how small – which has ensured that Alex’s Wish can keep moving forward and funding vital research in order to save this and future generations of boys who suffer from Duchenne Muscular Dystrophy.”