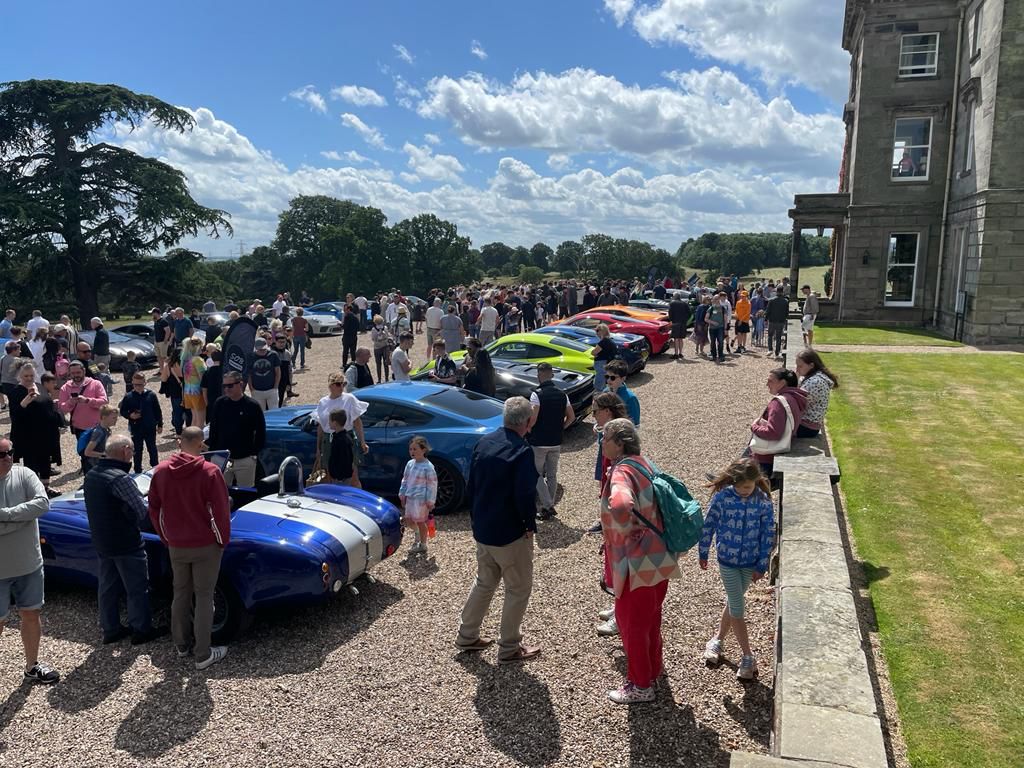 This year’s Alex’s Wish annual Supercars event was another resounding success, raising a wonderful £12,120 for the Leicestershire-based Duchenne charity.

Held in the beautiful grounds of Whatton House near Loughborough, Supercars 2022 showcased some of the world’s most spectacular supercars and hyper cars, with Ferraris, Porsches, Lamborghinis and Aston Martins among the beauties on display.

Supercars of Birmingham arranged for the vehicles to be on show – with the drivers valeting their cars so the event’s 1500 attendees could admire them in their full glory.

Among the other event attractions were gymnastics displays by The Dako Flying Angels, and a line-up of stunning Superbikes provided by Rideout Leicester. The Superbikes display was organised by Thomas Hartree at Frontline Recruitment Group.

Alex, who attended with his family, presented a cake to Darron Littlehales, head team coach of The Dako Flying Angels – the raffle prize Darron won in an auction at Alex’s Wish Ball.

Emma said: “It was a fantastic day; we’ve had so many wonderful comments from people who came along. Thanks so much to everyone who supported us. A big thank you too goes to all our sponsors, event organisers, The Dako Flying Angels, Superbikes and Supercars of Birmingham, who also donated a PlayStation 5 for our raffle prize. And, of course, we’d like to thank the supercar drivers who kindly lent us their fabulous, beautifully valeted cars for the day.

Attendee Caroline from Nottingham got in touch with Emma to let Alex’s Wish know how much she had enjoyed Supercars. She said: “I just wanted to let you know that as a family we had a lovely day at your event, and I’m delighted you raised so much money for your charity. What you had in abundance was a great atmosphere; you can’t put a price on that.”

Richard Causon from event sponsor Causon Business Finance, added: “We’re very happy to be associated with Supercars and to lend our support to such a worthwhile cause. It was great to see so many people there enjoying the impressive line-up of cars and the other attractions.”

And Ed Harvey of Parker Classic Works is already looking forward to next year’s event.

He added: “As seasoned petrol heads we were delighted to support such an amazing charity and high-octane day. It was superb. Roll on next year where we hope to support another podium winning day.”

June 25th 2023, add the date to your diary for our next fabulous Supercar event.