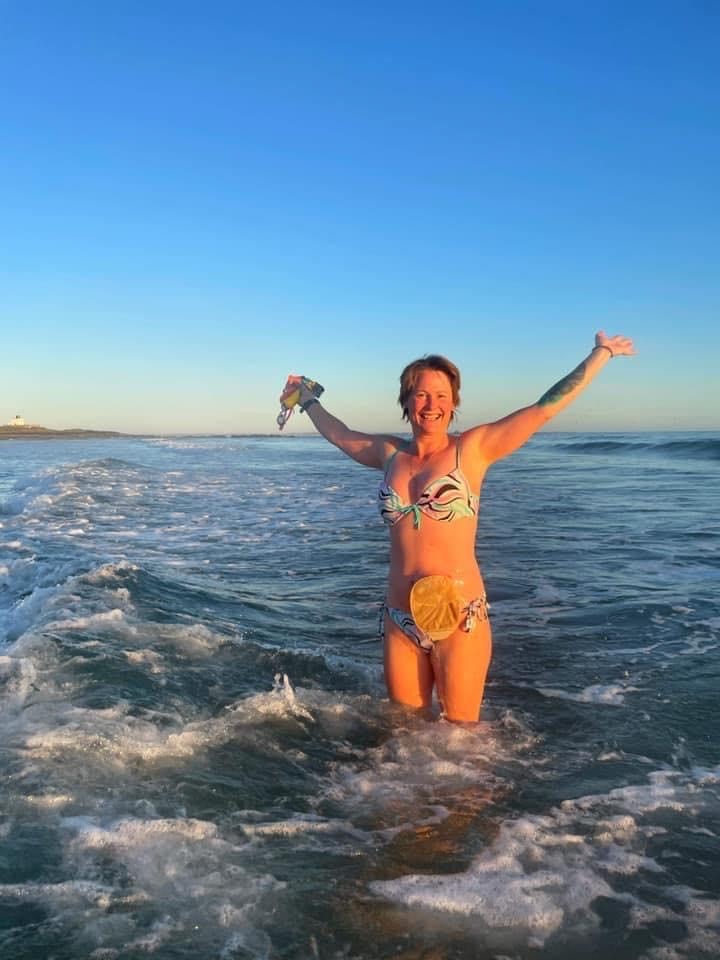 The birth of Gill Castle’s son changed her life forever. Not just in the fact she became a mother, but the trauma of childbirth left her with a permanent stoma, a surgery which someone in the UK undergoes every 39 minutes. Here, she sits down with Tom Carter, our Trustee to discuss how she refuses to let this adversity define her, and why 12 years on she is determined to make the world a better place for those suffering the same fate…

Q: A stoma is a seriously difficult, complex experience for someone to be faced with, and approximately 1:500 people are in this position in the UK today. What was it like for you personally after going through such a traumatic childbirth?

A: My son Sam was born in October 2011, and unfortunately the delivery went a little bit wrong, which meant I was left with really severe injuries. I had a fourth degree tear, among other issues, and the only way to treat these problems was to create a stoma. I was just in so much pain and I didn’t really care what they’re going to do. Obviously I was upset and I didn’t really quite understand things like having a stoma bag on you and having to drain it. Being careful about what you eat, for example, making sure you’re not eating things like sweet corn because you can’t digest that. It was incredibly traumatic and distressing. I was trying to deal with my first baby as well as trying to deal with my stoma.

Q: In addition to the physical complications, what effect did this have on your mental health?

A: As a consequence of everything that I went through I had so much personal stress, suffering from postnatal depression and extreme anxiety. I lived in a state of permanent hypervigilance. For almost three years I was just waiting for something catastrophic to happen. There was also the realistaion that I would probably lose my job, because I was a police officer at the time. I was facing three unbelieveably stressful situations at once, and it’s hard to describe how difficult everything was.

Q: As you’ve just alluded to, your entire life was completely upended in such a short space of time, not just with the arrival of a newborn but with all the other issues. Can you give an insight into how you managed to cope?

A: You have to cope because you don’t have any other choice. Especially when you have a new-born baby, as otherwise no one is going to look after them. You can’t just collapse into a heap because you have you have this responsibility, and I went into a sort of ‘battle mode’. After spending a lot of the early days feeling depressed and negative, once I came to terms with the fact that my stoma was going to be permanent, I tried to take a positive approach. I accepted that while I can’t change what happened, I can impact things going forward. Yes, there were and awful lot of tears and sleepless nights, but I worked to focus on what I can do, instead of what I could not, and this was so important in reacting to the difficult times.

Q: Speaking of focussing in what you can so, you are now being so proactive in the community and helping others in similar situations, even starting your own charity. How did this become part of your journey?

A: I have spent years raising awareness of childbirth injuries of trauma and of disabilities such as stomas, but also providing the hope for people that you can get through these various situations. In the winter of 2020, I wore nothing other than a bikini for three open water swims a week to raise money for the Birth Trauma Association. Due to lockdown this ended up being in my garden, and the BBC World Service produced a story about it. This led to me being contacted by a lady called Debbie, who is the founder of an American association called Beyond Fistula. She was helping women in Kenya who suffer with stomas, and organised a video call with some of the girls so that they could see someone who is living freely with a stoma and who is happy, just to give them that insight into what it could be like. In Kenya there is such a stigma around the subject, a lot of shame attached to it, and many of the girls there do not have access to proper medical equipment or health products. That’s what inspired me to start Chameleon Buddies, which helps those suffering in the UK as well as sending stoma bags to girls in Kenya, so that they can get the help they need. Since October last year we’ve sent over about £2,000 worth so far.

Q: The work you’re now doing to help others is remarkable and you’ve got so much more on the horizon. What does the future hold for you to #BeMoreAlex?

A: I’m incredibly excited that I am going to be heading out to Kenya to meet some of the girls that we are helping, and getting to talk to the doctors that are providing the healthcare that they desperately need. It’s going to be such a brilliant experience. Also, going back years I’ve always had a fear of water, but worked really hard to push myself, and having completed a six-hour open water qualifier and now training to be the first person with a permanent stoma to swim the Channel. It’s going to be difficult but really rewarding. Like I said, I want to show people that must focus on what you can do, as opposed to what you can’t, which going forward the charity will continue to promote. I can’t wait to keep helping the girls in Kenya be able to go to school, and to provide people with the equipment they need to live happy lives. Looking back, I remember thinking to myself years ago “will I ever be happy?” – now I want to show people and help then believe that there is always hope.