We are so proud of the awards we’ve won for the vital work we do.

In 2019, Emma Hallam, Founder of Alex’s Wish received the Volunteer of the Year Award from VALL – Voluntary Awards Leicester & Leicestershire,  which recognised the work we have done in the local community. Emma Hallam – Founder of Alex’s Wish quotes “Thank you Tim, it was an honour to receive this award for the work we are doing in conquering Duchenne Muscular Dystrophy for all. I was absolutely thrilled to receive the news that I was getting this award and would like to thank all of our fabulous supporters and our team at Alex’s Wish.  Without you all, this wouldn’t have been made possible.” 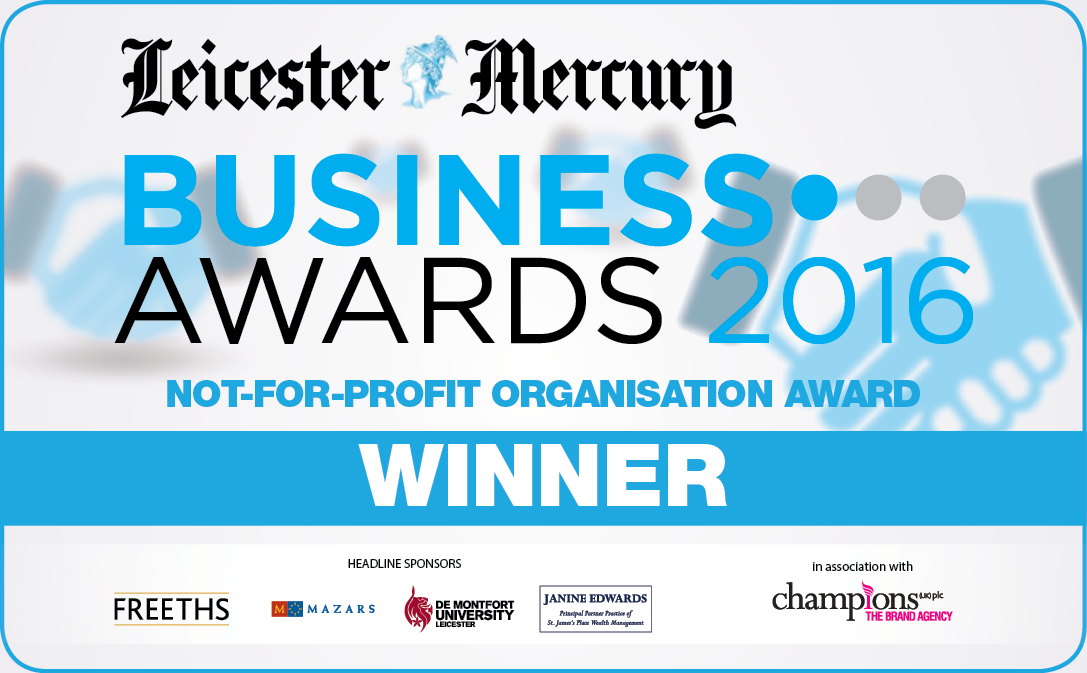 The Leicester Mercury Business Awards aim to celebrate success, recognise achievement and highlight innovation in Leicestershire who are helping put the region on the map by boosting the economy whilst making a positive contribution to the local community.

Selected from 17 local charities, Alex’s Wish was nominated as one of three finalists. In the final we were up against two large and well known charities The Rainbows Hospice and The Matt Hampson Foundation, we were thrilled to receive this award. 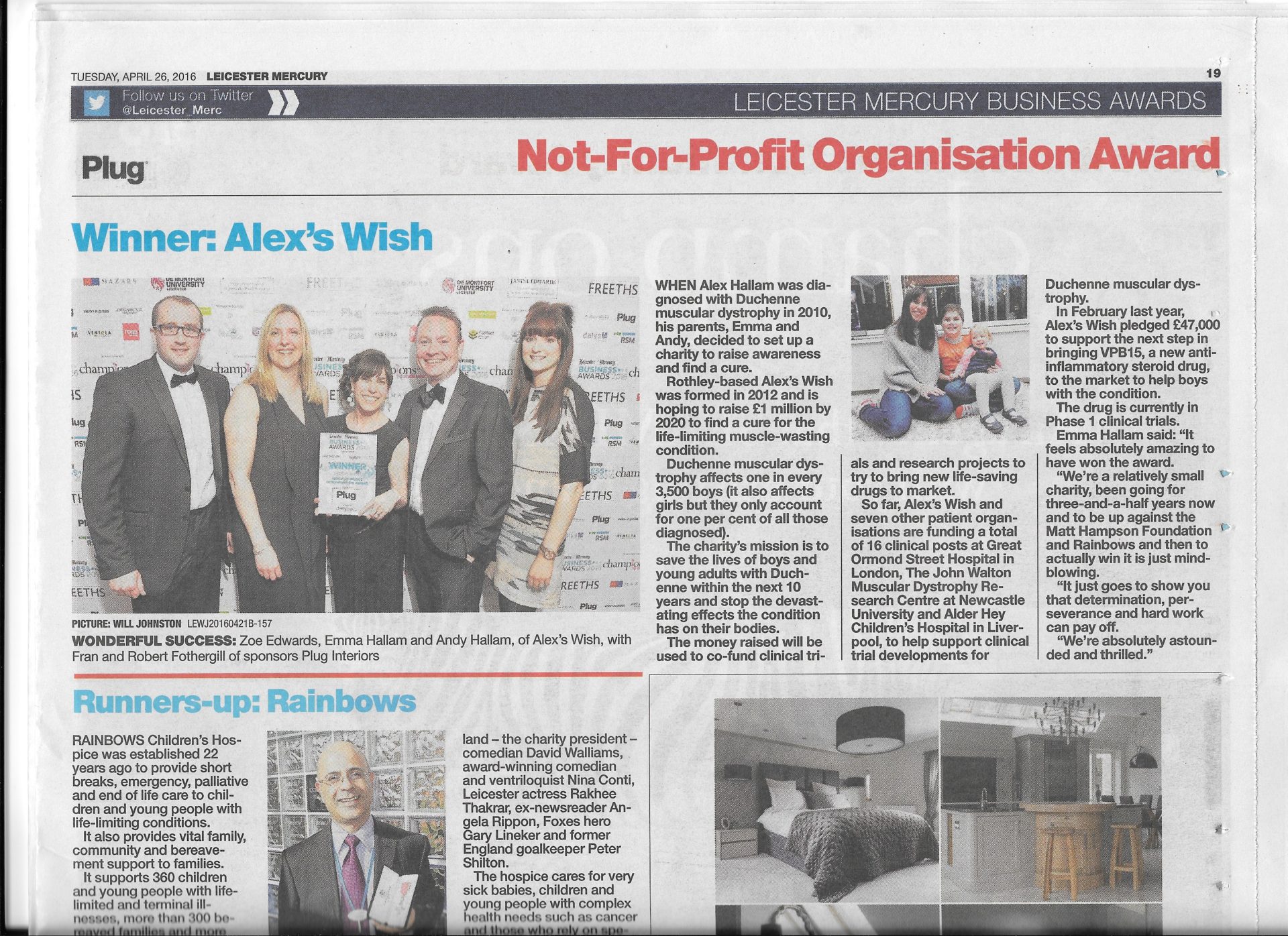 Institute of Directors – East Midlands Awards for ‘Personal Impact’ in 2016 Enterprising Women’s Awards in 2017 – Community Champion of the Year Forward Ladies – Women in Business Awards 2016 – Not for Profit Category 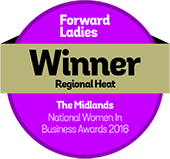